Our church has enjoyed a long and happy history.

​Thanks to decades of work by dedicated church historians, we are able to share our story from past to present.

Our American Gothic-style church, built in 1888 in the heart of Sonoma Valley, is today one of only two remaining Northern California churches from that era.

The church was founded by twelve Congregationalist ministers, who wanted to establish a beacon of faith and piety in what was then a small railroad town swarming with land speculators.

Tall and white with a classic steeple, it reminds us of the New England churches that inspired it. The bell, which still rings each Sunday to welcome worshippers, came from the local train depot.

On July 13, 1887, the First Congregational Church of Los Guilicos met for the first time at the old Kirkwood Hotel to plan to build a church. Two ministers were present to help organize things.

This group of twelve Congregationalist founders wanted their church to be a beacon of faith and piety in what was then a small railroad town swarming with land speculators.

By May 28, 1888, the church building had been erected at the corner of Los Guilicos and Laurel streets. A local paper reported: “The new church is small, but a pretty little structure.” The total cost was $2,500.

It was officially recognized as a church in November 1889 at the meeting of the General Association of California, which eleven charter members attended.

It was meant to be a mission church, like several others founded in California at the time, beginning in Berkeley. Today, this sanctuary is one of only two in Northern California that remain from that era.

Like our sister church on the Pacific coast in Pescadero, it was built in the American Gothic architectural style.

​It was white with a tall steeple, just like the many New England churches that inspired it. The bell, which still welcomes us to worship, came from the town's train depot.

The church had been built at the edge of what was then the Kenwood Marsh. Mud was deep during the years following construction. Winter rains turned that part of Kenwood into a swamp. So a lot at the present location on Channing Row was acquired. The deed is dated 1893.

What a site it must have been! The church was put onto logs and rolled three blocks and across a narrow bridge, pulled by horses! Were the stained glass windows in the church during the move? Or a bell in the belfry? Unfortunately, no one can recall.

The original name of the church was first changed to Los Guilicos Congregational Church and then changed again to Kenwood Community Church. 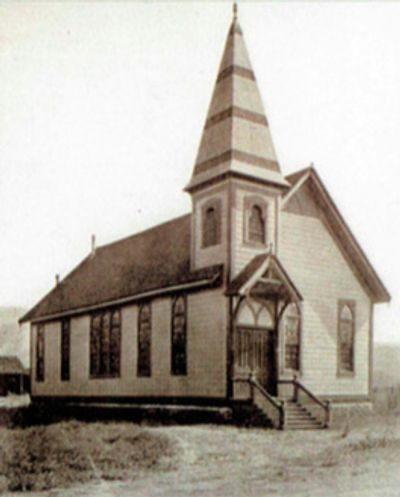 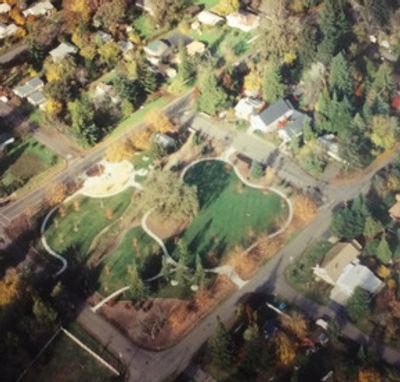 Reverend August Drahms had participated in the congregation's organization, and he served as its first minister from 1889-1890.

Half of all of Kenwood's clergy served for only 1 or 2 years each. Kenwood ministers also served parishes in Glen Ellen and sometimes in Sonoma as well.

This was not uncommon. Honoria Tuomey writes in the History of Sonoma County, “The frontier religious hero was the circuit rider, a pastor who tended many flocks and spent most of his life on horse or mule back traveling the open space between settlements.”

One new minister, Reverend R. B. Cherington, just out of theological school, was ordained in the church in 1900 in an all-day ceremony. Reverend Cherrington was very active, making house calls by horse and buggy and recording 2,378 miles in one year alone.

Because a pastor's salary was so small, much was donated to them. A tale survives of such donation. An old bay horse called Sankey was given to the second minister, Reverend Isaac Tobey. One day, Mrs. Tobey took her children and Sankey to Santa Rosa to shop. Sankey trotted right along until he reached the first roadside saloon and stopped at the water trough. No amount of jerking or whipping would make him move, to the horror of Mrs. Tobey. The idea of a minister's wife and children sitting out in front of a saloon was nearly more than she could bear. After fifteen minutes, Sankey continued on. Mrs. Tobey was relieved; but to her dismay, at the next saloon, Sankey did the same thing. He didn't miss one saloon all the way to Santa Rosa.

By 1906, it was felt a parsonage was needed, and the lot next door was donated.

Members raised money and applied for a $500 loan from the national board of the Congregational Church Building Society.

​An additional lot, extending from the back yard to Warm Springs Road, was purchased in 1908, perhaps making horse and buggy movement easier.

The parsonage was completed in 1909. The first pastor to live in the parsonage was Reverend Jacob Spoolman. He and his wife did much of the work building and landscaping the grounds.

Because Reverend Moffat Dennis lived in Glen Ellen, the parsonage was used for the Sunday School. The parish house has not been home to a pastor since 1957. ​It now serves as a community center, a fellowship hall, a Sunday School, and the church's office.

By 1970, the rear porch of the parsonage had been removed and the present social hall was completed.

At some point, the rear of the sanctuary building, which houses the pastor's study, was added to the original church structure.

In 1944, artist Alphonse Sondag donated the painting above the narthex doors. It is a reproduction of “The Holy Family” by Michaelangelo. It was a gift to the town of Kenwood.

The most active group for many years was the women's group, called the Mite Society, later known as the Ladies' Guild. Records show that it was the mainstay in raising money to operate the church, pay the minister's salary at times, and build the parsonage, both the original and the addition.

There was also a Little Mite Society for the benefit of the girls and teens. They met every week, bringing lunches and spending many hours at the church sewing, knitting, and crocheting. When sufficient handiwork was completed, a sale was arranged, and the funds raised were given to the church.

Recent years have seen many refurbishments, thanks to donations from local people.

In 1985, the congregation dedicated its then-new Baldwin organ before a standing-room-only crowd.

In 1992, a garden was added behind the fellowship hall.

In 1996, the original roof was replaced.

In 2012, new sanctuary paraments were sewn by hand.

In 2019, A parsonage was acquired in Santa Rosa. 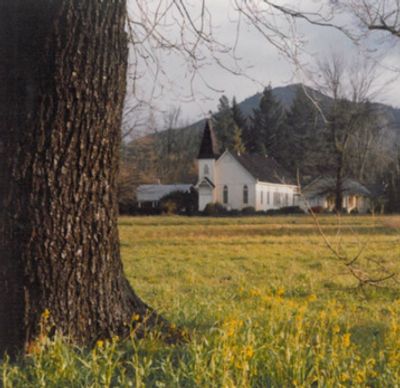 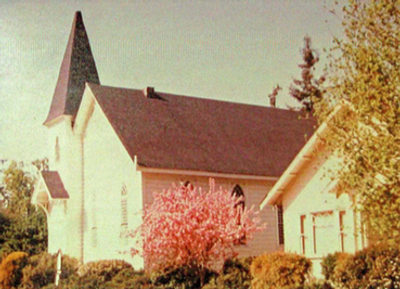 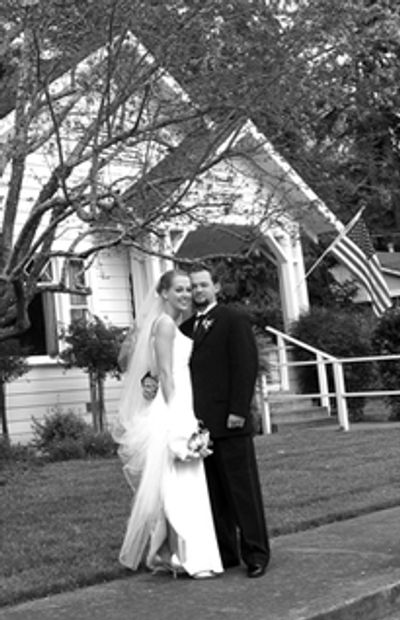 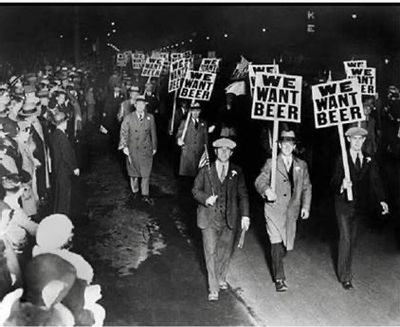 Through the years, many local groups have gathered at Kenwood Community Church, including the C.C.D. Catholic Sunday School, the 4-H Club, and Kenwood Elementary School.

St. Patrick's Episcopal Church shared the sanctuary for seven years while raising funds for their current structure. Worship services were separate, but church school, youth programs, and many other benefits were joint efforts.

The closing paragraph of a booklet on the history of the church, prepared by a Sunday school class
of fourth, fifth, and sixth graders, said it best:

“We give thanks to the many people who have worked hard to make our church and grounds beautiful. Without their dedication, our church would not be as pleasant as it is today.”

At present, its pretty interior is still filled with attentive listeners at all services. The Sonoma League for Historical Preservation has recognized our well-preserved historic treasure. We've been a welcoming wine country landmark since 1888.

We hope you'll visit us on Sunday morning, when the beautifully-toned bell rings joyously over the valley.

Text on this page by Margaret Wiltshire and Dallyce Dee Sand